The Art Of Compromise

from Sharecropper's Sin by Stacey Sanders 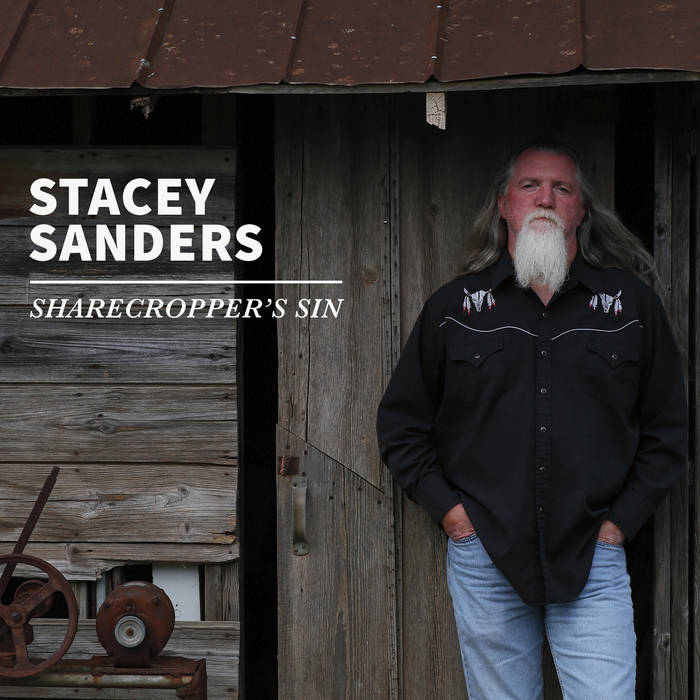 She was fat as a toad and they were both broke down, but he wasn't always meth-skinny
She remembers a time when they dressed for dinner shined up like a copper penny
His name was John, her name is Jill, she'd hate it when he called her Jenny
'Cause Jen was his ex, when there's three rejects ain't no one getting any

John laid around and got stoned all the time, which made the gaunt man lazy
He called poor Jill every name in the book, which drove her batshit crazy
Now the devil is in the details, they get fuzzy and they get hazy
But Jill crawled up on me one night, quite frankly, she amazed me

You gotta give, you gotta take, you gotta bend, but not break
You gots to pick, you gots to choose
You gotta walk a mile in each others sensible shoes
You gotta bite young tongue, grit your teeth, spread your legs and roll your eyes
Between paint by numbers and a masterpiece is the art of compromise

Jill's ass got bigger, I mean gigantic, 'nother meaning to "double-wide"
We used to play games like "Raise The Titanic", "Submarine" and "Torpedo Ride"
But trailer trash are prone to panic and thoughts of homicide
So she cut off his head 'cause he broke her heart, but what hurt most was her pride

You gotta hold your nose, grit your teeth, kneel down and roll your eyes
Between paint by numbers and a masterpiece is the art of compromise

She put his heart in the freezer, his head in a bag of bones buried in the yard
The irony is she lost forty pounds digging, Oklahoma's red clay's hard
She sleeps just fine, doesn't dream anymore and holds no ill regard
The secret's in the seasoning, but the loving's in the lard

You gotta bide your time, grit your teeth, bend over and roll your eyes
Between paint by numbers and a masterpiece is the art of compromise

Bandcamp Daily  your guide to the world of Bandcamp